I grew up in the Dominican Republic and was taught to speak, read and write in Spanish. During the years that I lived there, Spanish was my only language spoken. When I was 8, I came to America and all of a sudden, my primary language was being changed. I had no option but to learn English, learn the way people live in this country, and adapt to how we are supposed to interact with one another. If I wanted to succeed, I needed to know English, there was no way that just speaking Spanish was going to get me by in school and out in the world. 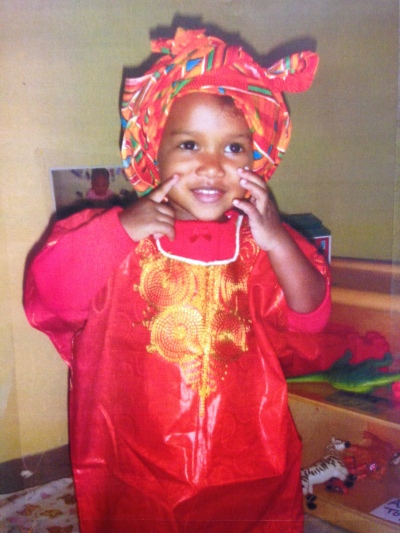 Now that I’m a mother and I’m raising a child in America, I have a hard time choosing which language to teach my daughter. I have had so many pleasant and unpleasant conversations about the language that my daughter should speak. The issue is that people feel like my daughter should maintain her “Latina culture” but what they don’t seem to understand is that I am her mother, not them. I will teach and show my daughter the Dominican the culture. I will do this not because I have to, but because it is good for my daughter to know where her mother was born, where her family is from. I want my daughter to be educated on her family history. I know that by exposing her to as much Dominican culture and language as I can, I will give her a form of clarity of who she is as a person. Overall, it will be my daughter’s choice on how she takes in all this information and what she will do with it. Regardless of what my daughter learns, I do not have the last say of who she becomes or what language she will speak. My daughter will interpret all the information I hand her, in her own way.

My daughter is two years old and for her to learn two languages and two different cultures at this age is a lot. I know that explaining and teaching her two languages now means that she may not know how to explain herself to certain people. I believe that there is no rush for a two year old to learn her “Latina culture” right now, she has a lifetime to do so.  As a young parent, I’m constantly questioned the decisions I make because people assume I put no thought into them. In reality, I spend a lot of time thinking deeply about them. I use my own experiences and what I have learned to make these decisions. So it’s unfair to question my parenting just because my daughter isn’t speaking Spanish.